Professor Moriarty and the ‘tendencies’ which may explain his criminality

Posted on July 21, 2011 by barefootonbakerstreet 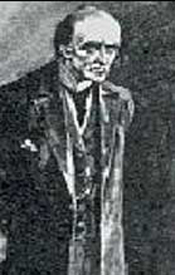 Even reading The Final Problem as a youngster, I never quite accepted Holmes’ explanation that Moriarty turned to crime because ‘A criminal strain ran in his blood’ and he had ‘Hereditary tendencies of the most diabolical kind’ writes Charlotte Anne Walters.

This has always seemed far too simplistic for me; basically suggesting that just because there were criminals in the Moriarty family, Professor James turned out to be the same due to the play of genetics.  No, sorry Holmes, this just isn’t good enough.

Admittedly, during the nineteenth century it was a popular explanation for why some people turned to crime.  Even poverty was believed to be genetically predisposed.  But for the advanced thinker such as Holmes, particulary with his extensive knowledge of a wide-range of criminals, such an explanation would surely have been dismissed as inadequate.  Did Holmes know that the truth was more complex?  What could that truth actually have been?

Of course, we can never really know but when I began writing my novel, I decided to have a go at putting forward a theory and sparking a debate.  So here is the debate in a nutshell – was Holmes telling the truth and Moriarty was someone who had ‘bad blood’ and was able to use their great intellect to turn this into a prolific criminal career, or might he actually have been an autistic savant?

Let’s look at the evidence.  We know he had a ‘Phenomenal mathematical faculty’, ‘Extraordinary mental powers’ and was a man of ‘Mathematical celebrity’.   At the tender age of twenty-one he wrote a ‘Treatise upon the binomial theorem’.  Could this not be seen as fitting the pattern of an autistic savant, especially as it is often numbers that they possess a phenomenal ability with?

Add to this the information we are given that Moriarty is an organiser, doesn’t interact personally with the criminal world – ‘He does little himself, only plans’, and a pattern emerges of someone fastidious, highly organised, a mathematical genius and somewhat withdrawn from normal society, sitting motionless at the centre of his web.  Even the curious oscillating head movements could arguably be a sort of nervous twitch, or compulsion.  Such characteristics do fit with savantism very well.

So, if my theory is right, then why didn’t Holmes explain this to Watson?  Was it because by doing so he would be revealing a little too much about himself also?

Only theories of course, but surely worthy of a little exploration?

Do you agree with me? Post your comments below.