Could Cumberbatch topple Brett? And more thoughts on THAT ‘suicide’ . . .

Posted on January 26, 2012 by barefootonbakerstreet 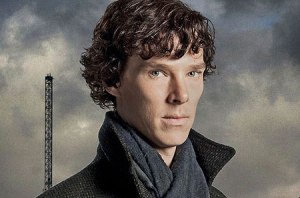 Husband uttered the unthinkable last night – Benedict Cumberbatch might even be a better Holmes than Jeremy Brett.

Well, as you probably all know from my previous blogs and my support of Brett in the November 2011 live debate organised by MX Publishing, I regard Brett to be the ultimate Holmes.  Therefore, husband’s comments were met with a sceptical rising of one eyebrow and a look which said, “don’t even go there unless you want a night on the sofa.’

Secretly though, (well, not very secret if you put it in a blog) I do see why he would say this.  The way Cumberbatch captures the essence of Holmes is very skilful, and he too possesses that wonderful, almost old fashioned, precise diction which Brett carried off so perfectly.

When I found out that Cumberbatch had been cast as Holmes I was very sceptical, especially as he looked so different to the Sidney Paget drawings which have defined the image of Holmes throughout the character’s representational history.  But now I understand that being Holmes isn’t about the look, it’s about the attitude – and Cumberbatch gets this spot-on.

So do I agree with husband?  Well, I got out my Granada box set after our conversation and had a Brett overdose.  For me, he is still the best but this modern young challenger is not too far behind.

Anyway, I must say a massive “thank you” to all those who sent in comments after my last blog about how Sherlock might have managed to fake his own suicide.  Clearly the debate still rages and even One Show presenter Alex Jones mentioned the mystery on Monday night’s show.  It’s fantastic to hear/read of so many diverse people discussing Holmes – especially in the context of a riddle, an intellectual problem which I think Sir Arthur himself would have loved.  This has to have a positive effect on the legacy of the character and generate new readers turning to the original canon. The character of Sherlock Holmes will stay alive in our collective consciousness and remain popular as long as people keep discussing him.

Some of the comments people added were very detailed and raised excellent points.  On the subject of what it could have been that Sherlock did which was so out of character, Karen Habban made the point that he allowed himself to become a celebrity/hero.

It is a good point because though the original Holmes clearly loved to show-off and add a touch of drama to his investigations, he liked to stay out of the press and happily let the police take the credit for most of his cases.  But here we see Holmes at the start of the episode being publically acknowledged and rewarded by the police for his involvement in the solving of various crimes – including the art theft which gave rise to his nickname of the Reichenbach Hero.  Did Sherlock know that if he became too famous and admired, Moriarty would try to bring him down?  Did he use this as a tactic to draw him out and engage him in battle?  Cannelle commented – ‘And I also think that Sherlock was playing along with Moriarty all this time, fooling everyone into thinking that he was struggling to keep up.  He wouldn’t have had time to set up his fake death, had he only then discovered what the final problem was.’  Excellent point.

A Harper has really done their research and turned to Google Earth for answers.  They suggest that ‘The roof at which SH meets M isn’t the roof of the pathology building that John is looking at.  The roof SH jumps from isn’t the Path Dept roof – it is the same roof he was at with M.  It is the middle of St Bart’s building while the Path Dept is the North-most part’.  Do take time to read the rest of this detailed comment as A Harper uses the different views and landmarks to raise very good points.

And most comments agreed with me that Mycroft had something to do with it too, as well as Molly.

Well, my money is still on the squash ball, Molly and Mycroft but I’m no further along in terms of piecing it all together.  I’ve worn out the pause button on my remote trying though . . .

Author from Shropshire
View all posts by barefootonbakerstreet →
This entry was posted in Great Sherlock Holmes Debate, Sherlock Holmes. Bookmark the permalink.

6 Responses to Could Cumberbatch topple Brett? And more thoughts on THAT ‘suicide’ . . .