Are we in danger of Holmesian overkill?

Posted on February 21, 2012 by barefootonbakerstreet 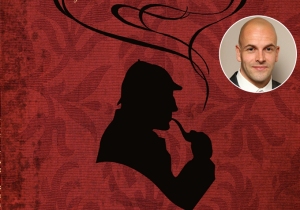 As CBS enter the ring with Elementary, I can’t help but wonder whether we really need another modern-day Holmes?

There was a time, post-Granada series, when Sherlock Holmes was descending fast into obscurity.  Mainstream media had no interest in further adaptations and Holmes got lost under a pile of modern, sophisticated crime dramas such as CSI and The Mentalist.  Only a loyal band of admirers really appreciated the genius of Conan Doyle and kept things alive by reading pastiche, writing articles and joining appreciation societies.

Now, the same channel who brought us The Mentalist have decided to step into the fray and follow the lead set by BBC’s Sherlock.  They are bringing out a pilot of a new (arguably) Sherlock Holmes series set in modern-day New York and starring Jonny Lee Miller.  Suddenly, the world has gone Sherlock Holmes mad.

As I have written a novel involving the character of Holmes, I really should be pleased.  After all, the more of a buzz there is around the character, the more chances I have of achieving sales.  I started the book hoping to get everyone talking about Sherlock Holmes again but in the seven years it took to create, along came a blockbuster film, a brilliant BBC series and now there is a second film and shiny new American drama.  It’s a seismic change really – at least you could say I have good instincts when it comes to spotting the next big thing.

The question I’m pondering is – if they/we were to be completely honest, do Holmes fans prefer Holmes to remain a bit ‘niche’, like a secret only we know about, a fine wine which only an expert can appreciate?  Are we a bit possessive of him really, not happy about sharing him with people who may have never read the original stories and will never do so?

I’m in two minds.  Part of me thinks it’s great that being a Holmes fan isn’t something you have to hide away like an embarrassing little secret any more.  New readers are turning to Conan Doyle’s stories and books are flying off the shelves.  Writers like me are seeing increased sales and reaping the benefits of this new interest.  So why do I still feel uneasy about it?

BBC Sherlock doesn’t make me feel uneasy.  Its’ stylised, unusual formatting means that it has achieved the perfect balance between being popular but still retaining the feel of something niche and cult-classic.  It’s not a sell-out.  It’s slick, clever, brave and different – a perfect tribute to the spirit of the original stories.  But for me, the Guy Ritchie films feel like a bit of a cash-in rather than  something made with a true love and understanding of the source material.  And the CBS effort just feels like a blatant rip-off of Sherlock to me – Oh look, a bandwagon they cried, let’s jump aboard!

I am a panellist on the forthcoming MX Publishing Great Sherlock Holmes Debate taking place on the 18th March.  Unsurprisingly, I am on Team Sherlock and will be debating about whether this or the Guy Ritchie films has done the most for the long-term legacy of Holmes.  Incidentally, do watch this hilarious trailer for the debate made by the team behind the No Place Like Holmes website – the bit about Benedict Cumberbatch is especially funny.

I’m all fired up to extol the merits of Sherlock and I’m sure the debate will throw up many interesting arguments on both sides, but the real question is not about what we’ve already had – it’s about what on earth should come next?

Tell me what you think by using the comment box below.

11 Responses to Are we in danger of Holmesian overkill?